Longboard Vineyards was established in 1998 by Oded Shakked.  A walking melting pot, Oded was born in Israel and has lived and worked (and surfed) on four continents. He fell in love with northern Sonoma County in the late 1980's and in his words: "I felt roots growing from the bottom of my feet."

With more than thirty years spent making wine - Oded is as stoked as ever every time a harvest approaches. To him, winemaking is a perfect combination of Art, Science and Agriculture; a craft that keeps you on your toes and never ceases to teach you something new - just like surfing does.

Oded loves to share things absorbed from his international exposure. "Talk Story" is an expression used in Hawaiian culture, it encompasses more than just chatting and sharing experiences - transcending into the realm of passing the wisdom of ages to future generations. At Longboard, Oded loves to engage in conversations with folk visiting our tasting room, sharing his winemaking knowledge and encouraging everyone to trust their own palates.

Warm, confident, independent, refined but down-to-earth; Oded's personality is reflected in every wine he makes.

Born in Israel to a family of German and Czech origins, Oded grew up absorbing a multitude of cultures. As a child, he spent two years in South America (Uruguay) and a year in France. By the age of 12 years, he spoke Hebrew, Spanish and French fluently, later adding English to the mix.

Following his three years of mandatory military service in the IDF, Oded built surfboards for a living while taking numerous surf trips to the Atlantic coast of Europe (France, Spain, and Portugal). These trips and a family friend exposed him to grape growing and winemaking and eventually led him to enroll in the winemaking program at UC Davis, California, graduating with a BSc in Fermentation Science in 1988.

Oded interned at Domain Chandon in Napa and with Chateau Lafite-Rothschild in Bordeaux before accepting a position at Jordan Vineyards and Winery in Healdsburg (Sonoma County). In 1990, he became head winemaker for “J Vineyards & Winery” where he stayed for eighteen years, developing their sparkling wine, Pinot Noir and Pinot Gris and Chardonnay programs. Longboard Vineyards  was born in 1998 as a hobby winery and became a full time endeavor in 2005, the year our tasting room opened in downtown Healdsburg, just a few short blocks from the square.  Oded owns and lives on Longboard's Estate vineyard and grows about twenty percent of the grapes we use to craft our wines.

A short video about us

The 2020 pandemic prevented us from holding public events so the traditional "Wine and food affair" went virtual.  This video introducing our Mer Sauvage Pinot noir was prepared for the event. 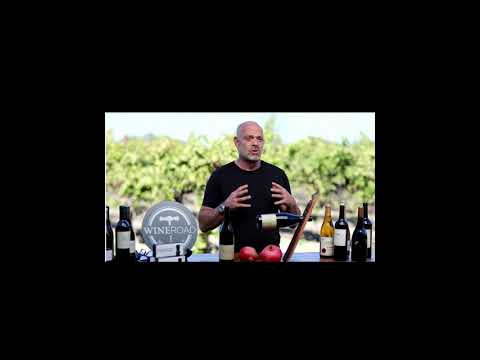 Dexter Ballard shot some great video in our vineyard

Dexter Ballard shot some great video in our vineyard.  That is Oded in the 1951 Ford Country Squire (Woody) he restored.

Our Wines On PBS Cooking Show

Chef Andrea Anthony used our wines on her cooking show...   We blush when chefs enjoy cooking with our wine. 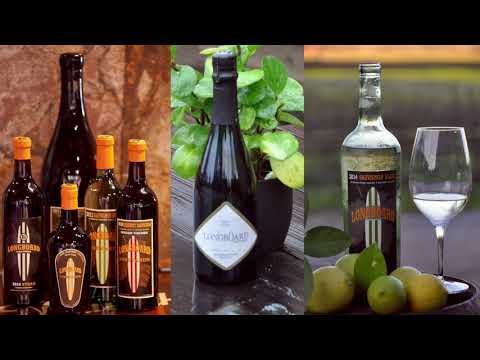 Right around our tenth harvest, in 2008, Mary Orlin and the crew from NBC came to Longboard to do a segment for the series "In Wine Country".  We had fun doing the segment but forgot about it pretty fast as the 2008 recession hit a month later and changed everything....  Well, I still own the Woodie and I continue to restore and collect old surfboards.  The only thing that changed is that we make more and better tasting wines these days... 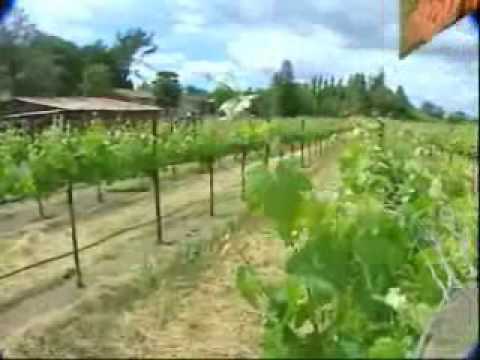 Oded is interviewed for the Wine Road podcast, July 2020.  CLICK HERE to listen

The Wine Road is a local organization we are active in.  A great collaboration of close to 175 wineries in the region, working together to make a visit to Northern Sonoma County something you will never forget. 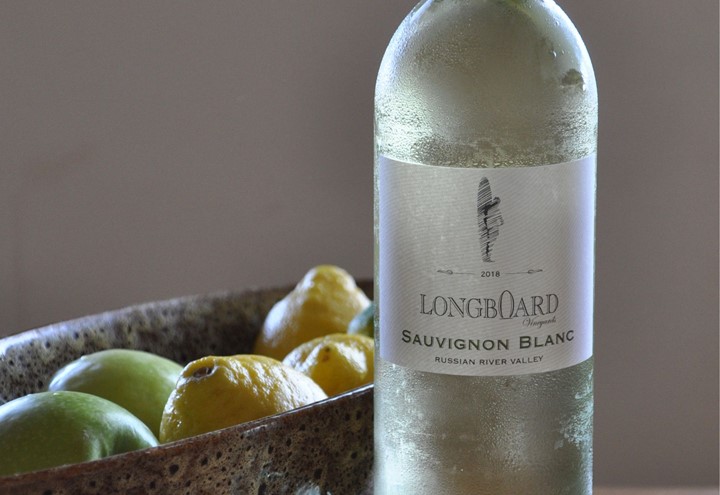 If you have some time and want to listen to a great discussion about what wine is really about for us then follow this link to the podcast of an interview of Oded and Jim Morris by Elizabeth Schneider of "WINE FOR NORMAL PEOPLE".  A Classic!

Here is another recent video segment we did in Houston 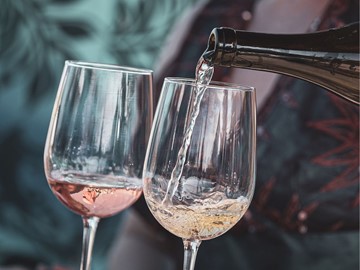 Create an account and save your information with us to make shopping our wines a seamless experience.